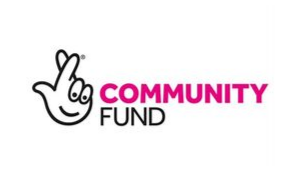 Remember me?  I’m Packham, the official face of TURN Education (according to my mum).

I’m really excited at the moment ‘cause mum says we’ve won the Lottery!  I’ve been wagging my tail like nobody’s business ever since.  To be honest, I’m not sure what a Lottery is!  India (she’s a little girl Labrador who lives with me) says it’s probably the opposite of a Lessery but I don’t think she knows what she’s talking about, either.

Mum says we haven’t actually ‘won the Lottery’ but we have been given some money by the Lottery to do some exciting things that will really help some of the children who come to play with us.

Remember I said India and me had been evicted from our crate because of the lambs?  Well, we’re back in our old crate now, I’m pleased to say, and the lambs now have their own place.  That’s good ‘cause they can be very noisy and they’re growing fast!

Speaking of noisy, we’ve now got goats in the barn, and they’re REALLY noisy, plus a donkey called Dankey has just come to stay with us but she’s ok and doesn’t make much noise.

The really good thing about this TURN business is that I get to play with loads of new friends, which is great.  India says I’m just a nuisance, wagging my tail around everybody, but she’s just jealous because I’m the face of TURN Education and she’s not.

We have a holiday guest throughout the summer ....

We can’t wait to welcome you to our Animal Acade