Turkeys are not just for Christmas 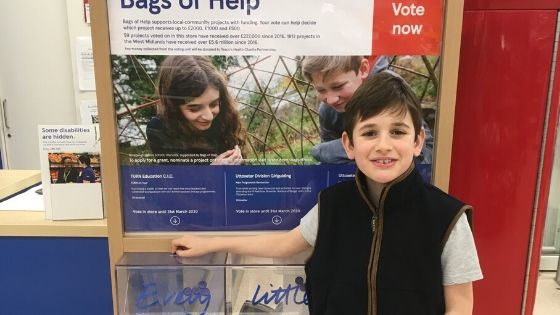 Well, that’s what everyone else has been saying, so I thought I would too!

Have you ever been in a supermarket? India and me aren’t allowed in but it must be great in there ‘cause whenever Mum, Dad and Flynn go, they come out with bags and bags of food and dog food and biscuits.  Flynn was telling me about these blue coins he gets in there. You have to put them in this slot and, if TURN get a lot of them, it means we get some money for a project Mum’s working on.

Mum’s got loads of projects she wants to do.  Some people from a different supermarket (the Co-op in Tean) came over at half-term to volunteer, and lots of people came to do half-term activities, which meant India and I had loads of new people to play with – it was really exciting.  I nearly wagged my tail off!

One of Mum’s new sheep (they’re called Grey-Faced Dartmoors but they look like mops on legs) is expecting a baby, so that will be a new lamb to take care of.  The last time we had lambs, me and India had to let them use our crate ‘cause they didn’t have a mummy to look after them.  They’re big sheep now, of course.

We’ve also got turkeys!  I thought you only had them at Christmas but Calvin and Dora are going to live with us.  I think they look funny but Mum said they probably think we do!  I don’t think I look funny, I think I’m handsome but India says I’m just a big lump!

TURN leaners hid these today, if you find one plea