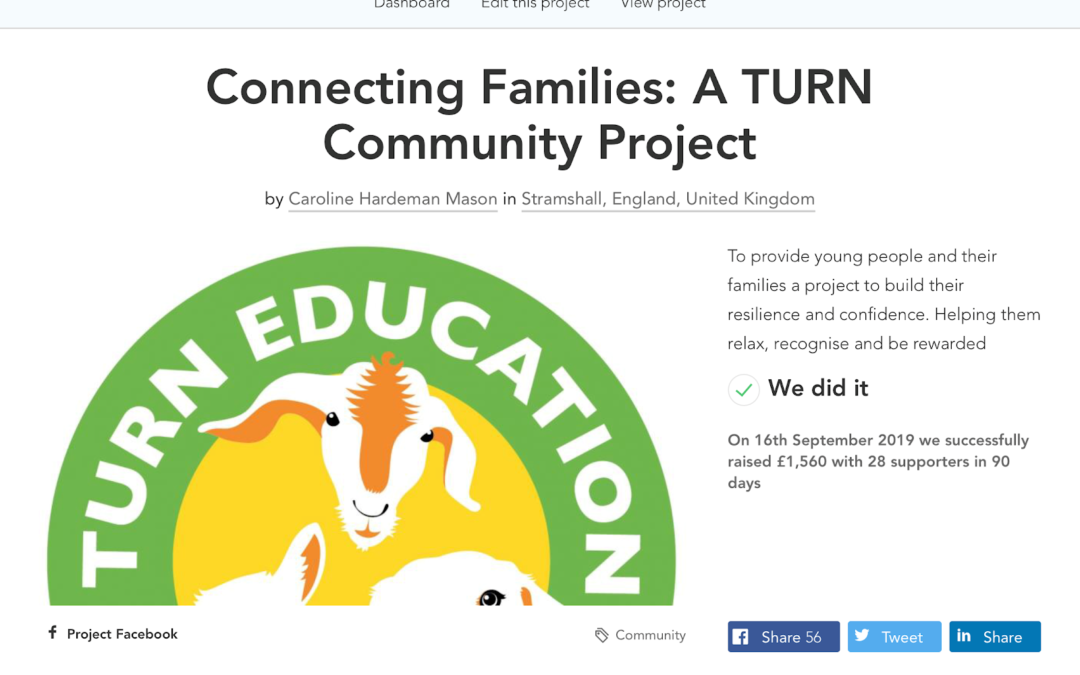 Being a waggy-tailed chocolate Labrador, I don’t know much about money. For a start, I don’t have any pockets to keep it in!

But mum says, if we’re to help as many people as possible, we need to get money to pay for it all.  Mum’s latest thing is a ‘crowdfunder’.  I don’t know what that means but mum says if enough people promise to pay up to a certain amount, then the Council will match that amount.

She could see I wasn’t sure what she was saying so she said it was like if every time I found a bone, someone else would give me another bone and I thought that was a great idea!

Anyway, there was great excitement the other night ‘cause enough people had said we could have some money and we had reached our target.  Mum was jumping about all over the place, so India and me did the same, not because we knew why but just because it looked like a lot of fun!

Mum’s really happy because she says the money means she can now do a project that will help whole families.  I’m really pleased because mum’s happy but also, whole families means more people to make friends with.

I’ve tried digging up bones but no-one has given me another one, yet.  All they keep saying is “You’re not bringing that filthy thing into the house”.  I told India they were talking about her!

It’s great being the face of TURN Education.

TURN leaners hid these today, if you find one plea